From the Hospital to Bankruptcy Court 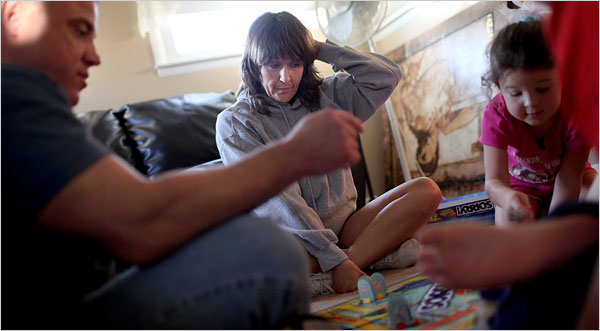 NASHVILLE — Some of the debtors sitting forlornly in this city’s old stone bankruptcy court have lost a job or gotten divorced. Others have been summoned to face their creditors because they spent mindlessly beyond their means. But all too often these days, they are there merely because they, or their children, got sick.

Wes and Katie Covington, from Smyrna, Tenn., were already in debt from a round of fertility treatments when complications with her pregnancy and surgery on his knee left them with unmanageable bills. For Christine L. Phillips of Nashville, it was a $10,000 trip to the emergency room after a car wreck, on the heels of costly operations to remove a cyst and repair a damaged nerve.

Jodie and Charlie Mullins of Dickson, Tenn., were making ends meet on his patrolman’s salary until she developed debilitating back pain that required spinal surgery and forced her to quit nursing school. As with many medical bankruptcies, they had health insurance but their policy had a $3,000 deductible and, to their surprise, covered only 80 percent of their costs.

“I always promised myself that if I ever got in trouble, I’d work two jobs to get out of it,” said Mr. Mullins, a 16-year veteran of the Dickson police force. “But it gets to the point where two or three or four jobs wouldn’t take care of it. The bills just were out of sight.”

Although statistics are elusive, there is a general sense among bankruptcy lawyers and court officials, in Nashville as elsewhere, that the share of personal bankruptcies caused by illness is growing.

In the campaign to broaden support for the overhaul of American health care, few arguments have packed as much rhetorical punch as the there-but-for-the-grace-of-God notion that average families, through no fault of their own, are going bankrupt because of medical debt.

President Obama, in addressing a joint session of Congress in September, called on lawmakers to protect those “who live every day just one accident or illness away from bankruptcy.” He added: “These are not primarily people on welfare. These are middle-class Americans.”

The Senate majority leader, Harry Reid of Nevada, made a similar case on Saturday in a floor speech calling for passage of a measure to open debate on his chamber’s health care bill.

The legislation moving through Congress would attack the problem in numerous ways.

Bills in both houses would expand eligibility for Medicaid and provide health insurance subsidies for those making up to four times the federal poverty level. Insurers would be prohibited from denying coverage to those with pre-existing health conditions. Out-of-pocket medical costs would be capped annually.

How many personal bankruptcies might be avoided is unpredictable. . .